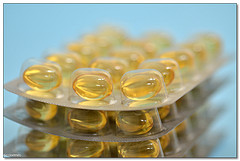 Joint supplements are now big industry and can have very big claims. But how much do these supplements do? This is a common question asked to me by my patients at Pure Chiropractic so I thought I should take some time to write a post about it.

Glucosamine is marketed as a treatment for osteoarthritis. It is thought that as the body’s naturally produced glucosamine is used for formation and repair of joint cartilage, then supplementation will further aid cartilage repair.

There have been concerns about allergies (the supplement is made from shellfish) or leading to diabetes. But this has been disproven.

2. Chondroitin. This is one of a family of molecules known as glycosaminoglycans (or GAGs for short) and is an important part of cartilage. Also produced naturally within your body, it allows the cartilage to be able to withstand compressive force. Most chonroitin supplements are made from cow trachea or pig ear and snout, although shark, fish and bird cartilage are sometimes used. It is taken to treat osteoarthritis. The rationale for its use is that osteoarthritis is due to a deficiency of chondroitin.

Chondroitin does not have any known significant side effects or drug interactions.

Are they effective?
The National Institutes of Health (NIH) funded a large multicentre, placebo-controlled double blind study conducted over 2 years, known as the Glucosamine/Chondroitin Arthritis Intervention Trial (GAIT). Published in 2008, it found that glucosamine taken with chondroitin had no statistically significant effect on the symptoms in osteoarthritis suffferers. Early results from the study in 2006 suggested that it may have some benefit for osteoarthritis patients with moderate to severe pain but was shown not to be the case when the study was completed

A 2010 publication in the British Medical Journal (BMJ) found that neither glucosamine nor chondroitin reduced pain or prevented osteoarthritis as compared to a sham treatment.

However, there are a number of other studies that report that these supplements do improve the symptoms of osteoarthritis. Some of these studies were done in the 1980’s and 1990’s by supplement patent holders, bringing the results into question.

Should I take them?
Given the widely recognised authority of both the NIH and BMJ it appears that these supplements have no real benefit. I personally am skeptical about the effectiveness of these supplements but I do see that some studies show some benefit. Certainly there is no harm in taking them, in that there are no known side effects or drug interactions. More importantly, people should:

Following these recommendations will go a lot further for improving the life of an arthritis sufferer.

Let me know your experiences with joint supplements or ask a question about the above. Just write something in the comment section below. I’d love to hear from you. Until next time, I’m Dr. Jason Hare, Nanaimo.